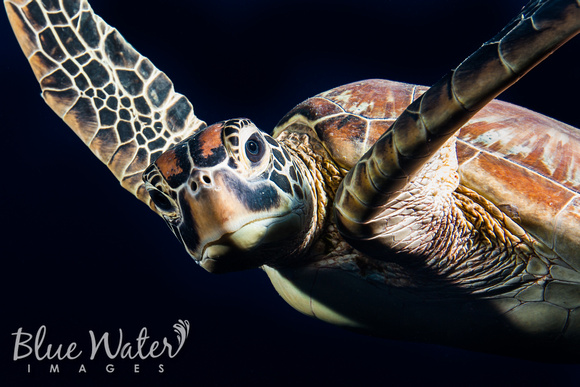 This is a green sea turtle that saw its reflection in my camera's dome port. Out of curiosity it almost swam into my dome! I shot this before I had to move from out behind my camera and look to see where it was going. In retrospect, I wish I had shot a few more photos. But, I also just love observing these guys. Nowhere in the world have I seen as many turtles on every dive. Repeatedly, we'd see at least 3 or 4 turtles on most dives and I remember one dive where we saw at least 10.

Palau was the first country to declare their waters a sanctuary for sharks and as a result of their efforts the fish and turtle populations also seem equally healthy. Absolutely fantastic to see that their efforts are paying off with healthy reefs, healthy fish populations, healthy shark populations, and lots of turtles!