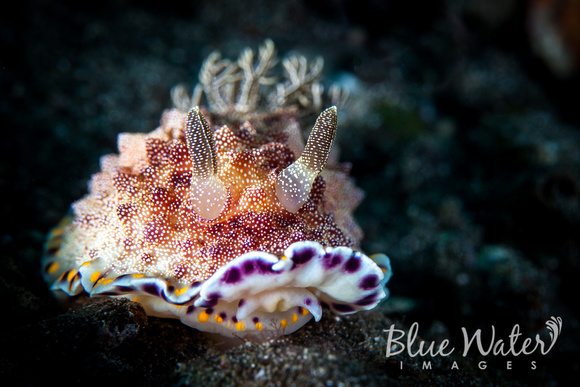 The Curious Case of the Chromodoris - Or, not?

There's a bit of a back story here but the main point is that this nudibranch seems to be largely un-named. In the late Neville Coleman's fantastic Nudibranchs Encyclopedia it's listed with the common name of Spot-margined Chromodoris. And, from its looks, I also thought it was a Chromodoris.

However, there's no scientific name assigned to it and there are multiple other sites that have seemed to disagree over time as to what this is. Originally, it seems to have been categorized as a Chromodoris tintoria but it looks like it was later categorized as Goniobranchus tinctorius.

I've uploaded the image to iNaturalist.org so hopefully we'll get a definitive ID!