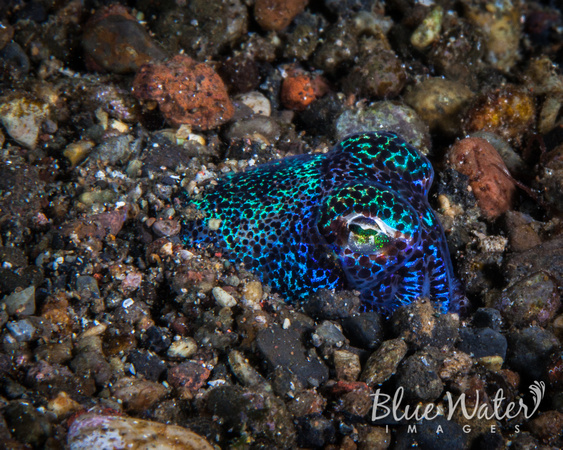 Here's a bobtail squid (which is actually closer to a cuttlefish than a squid but it's still categorized as a squid). Specifically, this little guy is often called the Berry's bobtail squid. These very small squid (adults are 3-5cm; up to 3cm for males and 5cm for females) tend to shy away quickly. They hunt at night and are hard to miss with their electric blue color! One of my favorites to see but they don't stay out long; their method to evade prey is to bury themselves in the sand (as this one did only moments after this photo)!