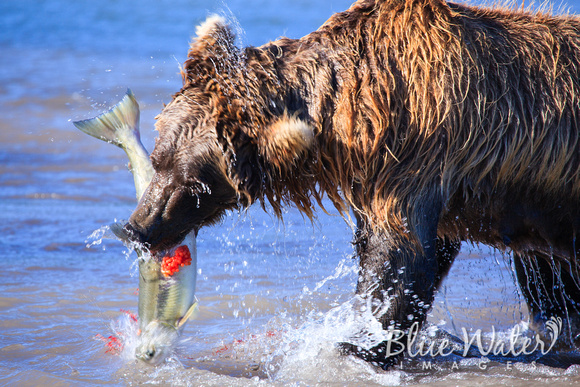 Got one! And, with an explosion of caviar too...

The pink exploding from the salmon are the eggs. These won't make it up the river to spawn but they're highly rich in calories for the bears and a much-needed meal for her.