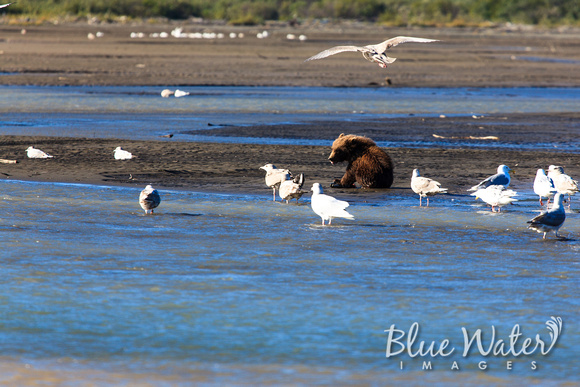 Here the cub had settled down. However, its posture also tells the story of hunger, sorrow, and waiting. Will he eat soon?