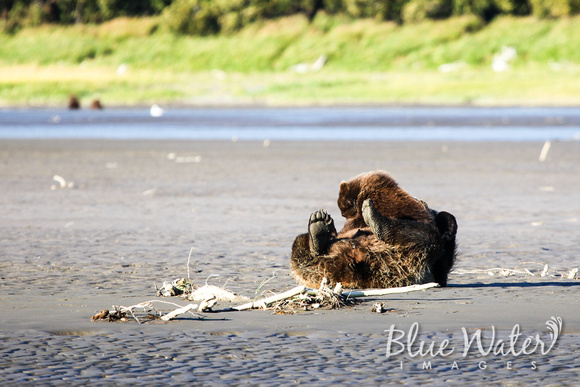 After fishing for quite some time, she both fed her cub and nursed. Was she just so hungry that she needed to eat in order to keep nursing her cub? Was she really a mean Momma or was this the effect of a late and poor salmon run? Her cub was very small. I hope the rest of the season was bountiful and they both had plenty to eat; our guides felt that the cub had little hope of surviving the winter.

Also notice the two brown bears in the top left. We had 8-10 bears around us at all times.