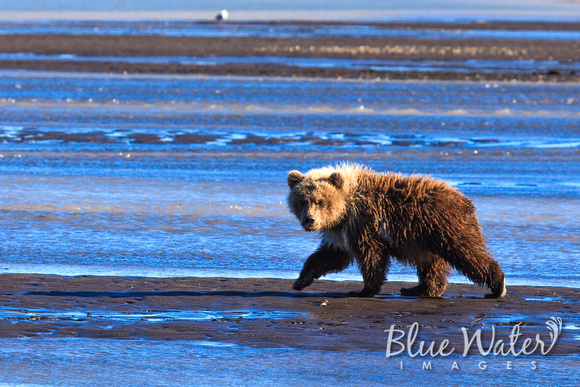 This cub was one of two belonging to another female. What was interesting about her cubs was that they were very different in coloration. This cub had a silver-collar and the other didn't. Why? Female brown bears have delayed implantation which allows them to mate with multiple males and have multiple fertilized eggs floating in their uterus for up to five months before implanting. When the female has gained enough weight to handle the pregnancy, the eggs will begin gestation.