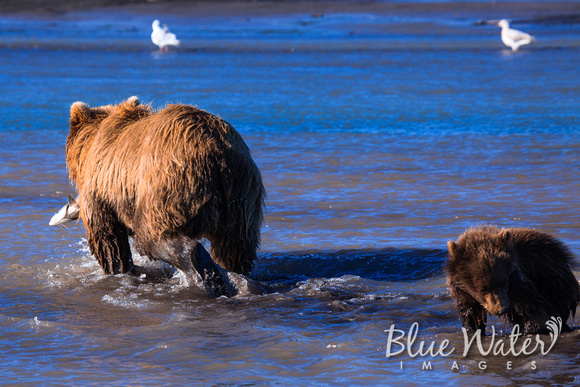 This was truly heartbreaking to watch. Repeatedly, the cub would go over to mean Momma and she would turn away or walk away - as in this case. And, the sadness and shame of the cub is telling.