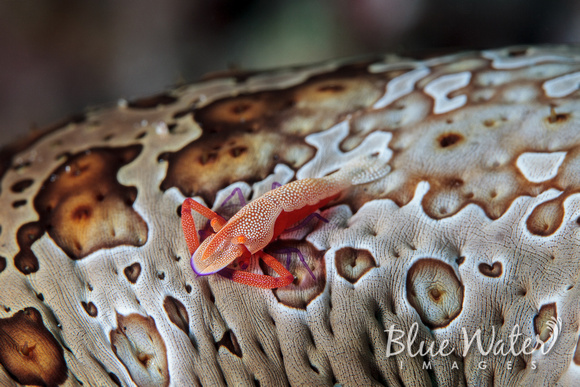 One of my favorite finds are the small hitchhikers hanging out on their hosts. Some relationships are parasitic while others are commensal; this shrimp gains locomotion and protection and the cucumber is unaffected. But, without this lovely leopard sea cucumber, this emperor wouldn't sit so pretty. So, I think their relationship is all about fashion!